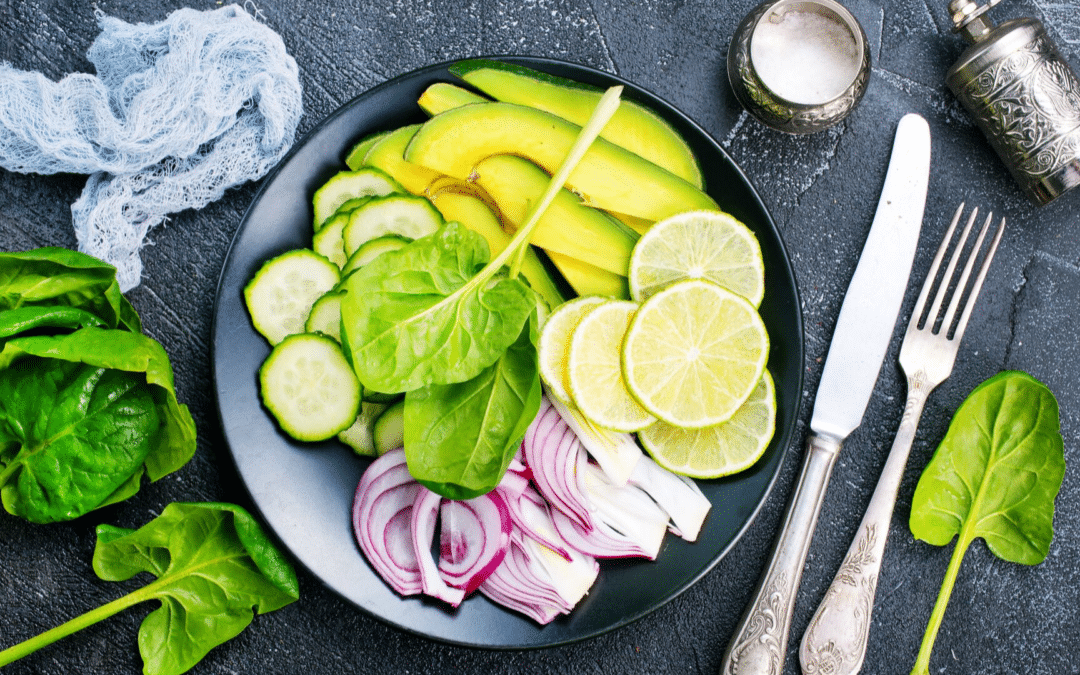 Butyrate is a short chain fatty acid (SCFA) that is produced when dietary fibers are fermented by intestinal bacteria (1).

Why should we care about butyrate?

The studies linked to below have shown the benefits of butyrate for those diagnosed with ulcerative colitis and Crohn’s disease – two types of inflammatory bowel disease.

This is not an exhaustive list. There are many more examples in our scientific literature that attest to butyrate being able to reduce or even eliminate the symptoms of Ulcerative Colitis & Crohn’s disease.

There is still a lot of research required in this area, and so the information that follows in this post is not complete.

Interestingly, strains of bacteria commonly used in probiotic supplements today are not butyrate producers since butyrate producers seem to be highly anaerobic – meaning they die very quickly in the presence of oxygen making delivery to the host very challenging.

However, the cross-feeding interaction between microbes present in common probiotic formulas such as bifidobacterium and the butyrate producers mentioned below have been shown to be butyrogenic – that is – butyrate producing.

Of the known butyrate producers found in the digestive tract, most appear to be part of the Lachnospiraceae and Ruminococcaceae families (12).

Faecalibacterium prausnitzii (FP), part of the Ruminococcaceae family deserves special mention since it is one of the most abundant microorganisms present in our digestive tracts and one of the main butyrate producers. Characteristics of FP include anti-microbial activity and anti-inflammatory / immuno-modulatory activity via SCFA (butyrate) production and other complex pathways (14).

Butyrate producing bacteria are thought to colonize the host within the first year of life, and represent more than 20% of the total bacterial community by adulthood. Various disease states have shown a relative shortage of butyrate producing gut bacteria (14).

So the question becomes..

There is a lot of misinformation out there on this question, and the generic answer ‘fiber’ just doesn’t quite cut it. However, it may well be the answer we arrive back at, as you’ll soon see from the sections that follow.

Even strains of bacteria from the same species can respond very differently to different substrates, even substrates belonging to the same, narrow class of carbohydrate.

The above is just one example of our bacteria’s varying ability to digest different substrates. Because of this variation, we cannot make a blanket statement like ‘fiber consumption increases butyrate production’.

Rather, we need to look to specific types of fiber.

One study (17) showed that the production of SCFA’s in kJ was as per the below for different types of carbohydrate:

In the case of this study, the types of fructo-oligosaccharides (FOS) were foods like onion, asparagus and bananas, and the resistant starches (RS) that were used were whole grains & legumes. Whole grains and legumes are actually two food groups that I do not generally recommend that my clients eat since they can aggravate many gut disorders for reasons that we will not discuss in this post.

Another study (18) showed that supplementation with FOS found in specific kiwifruit resulted in a 100% increase in FP over a 4 week period. This is a major finding as there are numerous studies now reporting that a relative shortage of FP bacteria is linked with several major gut disorders – most notable the inflammatory bowel diseases Ulcerative Colitis & Crohn’s disease.

This study (19) shows a significant increase in butyrate production on a diet high in resistant starch type 2 from raw potato and high-amylose maize starch, as well as arabinoxylan found in whole grains. As stated above, I do not recommend whole grains to my clients.

This study (21) shows that avocados increased the numbers of microbes capable of SCFA production, as well as the total SCFA’s produced.

This study (22), as well as numerous studies already quoted in this article, shows that inulin can increase SCFA production, including butyrate. This may explain one of the reasons that bananas appear to be so effective in the diets of those suffering from ulcerative colitis & Crohn’s disease. Note, however, that it generally appears that fructans with shorter chain lengths more readily feed butyrate-producing microbes than longer chain fructans such as inulin.

This study (23), interestingly, showed that supplementary inulin, whilst capable of altering the host’s microbiota, did not increase fecal butyrate levels. Albeit this result seems to be against the grain with numerous studies attesting to the efficacy of supplementary inulin in increasing SCFA production in our guts.

The deeper this rabbit hole goes, the more we see just how variable our abilities to produce butyrate are.

Whilst this variability can make it tricky to recommend a diet capable of increasing SCFA (& therefore butyrate) production, the common, recurring observation seems to be-

Resistant starch and fructans (both short chain FOS and long chain inulins) produce butyrate when fermented in our guts.

In the case of resistant starch, it would appear most studies have focused on RS2. However RS3 has, on a number of occasions, been reported to produce higher levels of butyrate and be more healthful to humans.

Knowing the above, the following foods are likely to increase butyrate production in our guts:

Due to the significant variability in resident microbes person-to-person, and their varying ability to digest certain substrates, consuming a diet that includes a number of resistant starches and fructans would be sensible.

Some words of caution

If you are struggling with a gut disorder, you will want to be watchful of the lectin content of several of these foods – most notably – potatoes, oats, beans, legumes, & whole grains. If you plan to eat these foods, I would recommend soaking & pressure cooking first and starting with very small amounts. You may also wish to exclude the raw options which are more likely to be poorly tolerated than the cooked items.

If you are suffering from autoimmune disease, I would NOT recommend legumes, beans, & most whole grains. This is a whole topic in itself. I urge you to research this recommendation. You can start here.

Additionally, many people with gut disorders and/or autoimmune diseases have reported difficulty consuming fructans, which can be a sign of a fructan intolerance. Symptoms include gas, bloating, and more. You can read more about that here.

Share this article folks, let’s get the word out.